When I went to Ontario, my “little sister” Fritchie, included apple picking in the itinerary. I was thrilled because I haven’t seen an apple tree yet. Ha!  I don’t know how it came about, but apple or apple trees seem to be a big thing on the other side of the world  (Philippines) where I grew up. :p 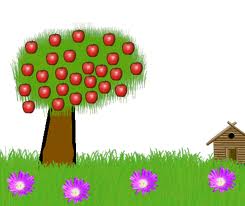 On the day of the apple picking, Bob (Fritchie’s husband) drove us to find a particular apple farm. While Bob was giving me a crash course about Canada, Fritchie noticed that we were driving in circles and can’t seem to find that elusive apple farm.

It’s kinda funny because we ended up going to a pumpkin farm. -_-  To maximize our time, we decided to go to Badlands as well.

Moreover,  we also had fun driving up and down the hill (a “roller coaster” ride!) in which it surely made Charles giggly. Hahaha!

Bob searched for another good apple farm near the area where he grew up. The next “apple picking” itinerary got pushed back several times. Nonetheless, we were able to do it on my last day in Ontario.

It’s weird because Charles decided to get cranky during that day. He was weeping while we were walking in the apple farm. It was so loud that we can even hear the echo! Maybe he can sense that it was my last day in Ontario? Or he was just pulling our leg? Hmmm…

Anyway, he did stop crying when he got tired.

And we all enjoyed picking (and eating) apples!

I thought apple trees are tall like pine trees. Good thing it’s not, or else, I won’t be able to reach any apples at all. It does resemble the guava tree that I used to climb when I was a teenybopper back in the Philippines.Ha!

What should I do next? Maybe pick tulips in Netherlands? I didn’t get to do that when I was there (click here to read the  Netherlands article). Or be a DJ for a day at Wave radio (i hope i won’t mess up the titles. :p)? Or perform like what Madonna did during the Superbowl? Ha! We’ll see.

what you see is what you get... :p www.thecuriousme.com View all posts by thecuriousme